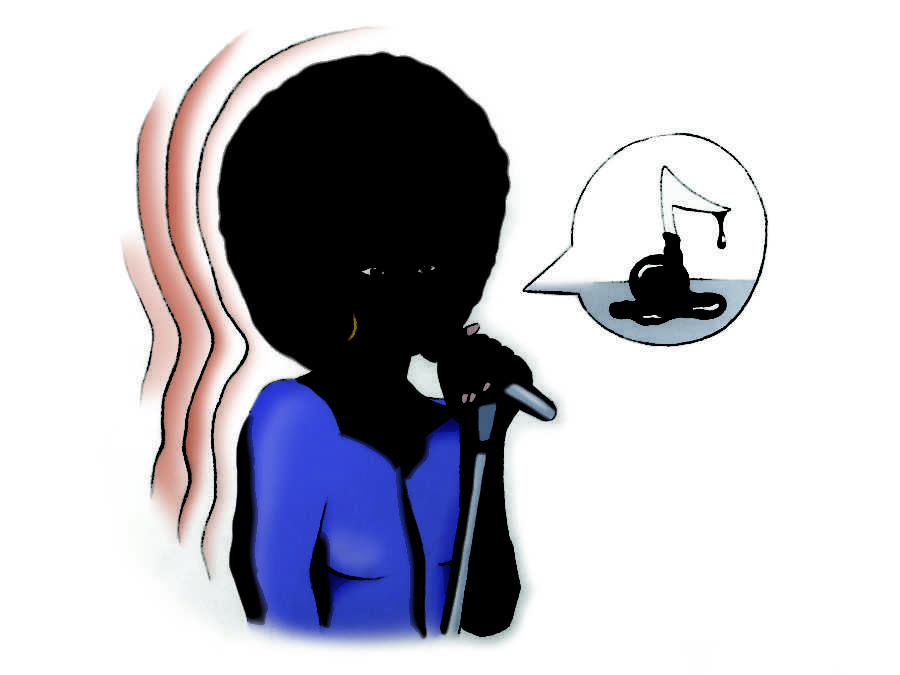 As of late in mainstream media and music culture, there has been a reemergence of original sounds and a continuing reference to aesthetics of the past. Currently in music, artists like Kendrick Lamar, Solange and Childish Gambino have utilized many elements of black music, like rock, funk and jazz and implemented modern twists relevant to their lives today. Simply put, most genres of music are created from the bases of other genres.
Many originators of today’s music got inspiration from the creators before them. Jazz music originated with black musicians in the late 19th century who combined elements from black music traditions and pieces of music with roots in West African traditional cultural expression. Jazz music was a means of self-expression which was once considered criminal or deviant because of its association with black people, but once jazz became popular and thus more lucrative, it became whitewashed and then more capitalistic.
Rock music was invented by a queer black woman named Sister Rosetta Tharpe, who according to Fusion.net was one of Elvis’ biggest influences and who was playing rock guitar before Elvis, Chuck Berry and many of the “founders” of rock and roll.
The monetizing of jazz music bred rock, funk and pop which then gave birth to hip hop and the music we are familiar with today. Innovators and creators of the past like Junie Morrison and George Clinton, along with bands like The Ohio Players, Funkadelic and Parliament, have paved the way for artists to think outside of the box and apply the old knowledge to the new environment of today in the same manner that earlier artists did in their day. I believe it is safe to say that the whitewashing of hip-hop and the skewing of the black narrative, formerly more intimate and personal but now focused on capital and possessions, have led to a necessary rebirth of black music.
Recently in hip hop music, there has been a trend where trap music has become increasingly popular amongst the buyers of hip hop music (usually suburban white kids), and it is lucrative. It has become the norm to create music that sells rather than music that tells. While all music is important and expression of self is always valid, other artists have recognized this pattern and switched up their styles.


In 2015, after being snubbed by the Grammys, Kendrick Lamar returned to the rap scene with a vengeance with a new album, “To Pimp a Butterfly.” This album encapsulates Kendrick’s transition into fame and continued self-discovery. Throughout the album, anecdotes of Kendrick’s internal and external personal experiences are tied together with rim shots, saxophone runs and other jazz instrumentation, which makes each song more personal and sincere. During a Pigeon and Planes interview, funk legend George Clinton spoke of the connection between Kendrick Lamar and artists of prior generations: “He reminds me of Sly Stone in the way he’s poetic and political but also very inclusive of everybody in the mainstream…pointing out the faults of himself and greater society at the same time. When you can tell the truth like that and still appeal to the kids, still have street cred, you’re doing something really good. To me, that’s what younger artists are supposed to do, they’re supposed to simplify shit and take it back to the beginning.”
The use of analog and digital components combined perfectly shows what many members of this millennial era are all about: reclaiming what’s ours, learning from the experiences of the generations before us and applying the knowledge from those experiences to our daily lives.
The influence of artists of the past is not only pivotal in hip hop music, but throughout all genres the use of the fundamentals of black music is quite present. For example, last fall, Solange Knowles released her third studio album, “A Seat at The Table,” in which she narrates a slew of topics like black femininity, micro aggressions, the passage of time, the state of today’s world, cultural appropriation and so much more. She discusses a span of things utilizing more organic tones and instruments while also using synths and more futuristic sounds as well.
The balance between rough, gritty old sounds and the layering of vocals similar to some retro, funkier artists of the past, combined with synthetic, digitized instrumentation can reflect the contrast of the present day’s achievements in history with the setbacks and struggles that people are still facing. Specifically, the track Junie, inspired by Junie Morrison of the Ohio Players, is laced heavily with bass guitar, cymbals, synthesizers and vocal layering calling out the appropriation of black culture. By creating a song with a specific artist and time period in mind, by channeling the “Super Spirit,” Solange remasters the art of self-expression through sound. When creating this particular song, according to Junie Morrison in a Fader magazine interview, Solange intended on paying homage and also conveying a message; he says, “She communicated to me that she wanted to tell me the story of how much my track ‘Super Spirit’ made an impression on her and inspired her to name her creation ‘Junie.’ She wanted me to hear her creation and speak to me about it. My initial reaction to hearing the song itself was the same as I had while listening to the rest of A Seat At The Table—Wow! This young person has a whole funk load of talent.” While paying her respects through a post on her Saint Heron website, Solange writes, “I wrote the song to honor the brilliant Junie Morrison and the impact his work and story had on me, while wanting to challenge my own relationship with ‘sharing your magic.’ The more I learned about Junie, the more I learned how much of his gift he shared through his musical contributions to others… the greatest lesson I learned about Junie Morrison is that the magic was endless….and the truest testament to real authentic magic….is that it can’t be made….. it just is.” The album epitomizes the millennial renaissance because of Solange’s use of both musical aspects of today and yesterday.
In contrast, Childish Gambino, also known as Donald Glover, took a completely different route in 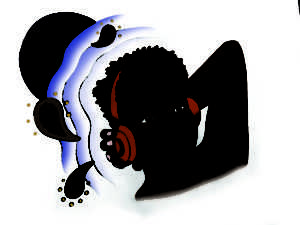 terms of taking back black music by creating a whole entire funk album, “Awaken My Love,” which is the story of Glover’s transition into fatherhood; he talks about meeting his son’s mother and throughout he pays tribute to his son in various ways. In a Billboard Magazine interview, Glover recalls one of his earliest influences for his album. “I remember listening to songs my dad would play — albums by the Isleys or Funkadelic — and not understanding the feeling I was feeling he said. “I remember hearing a Funkadelic scream and being like ‘Wow, that’s sexual and it’s scary.’ Not having a name for that, though; just having a feeling. That’s what made it great.” The connections between then and now are also clearly expressed. In the same article he mentions the correlation between funk music and revolution: “It felt like people were trying to get out of their minds, with all the things that were happening — and that are happening right now (referring to the Black Lives Matter and Occupy Wall Street Movements)…How do you start a global revolution, really? Is that possible with the systems we’ve set up? There’s something about that ’70s black music that felt like they were trying to start a revolution.” On the fifth track, Riot, the use of a sample from the 1975 Funkadelic song Good to Your Earhole, a story from the perspective of a rioter is being told, but from this present era or the past? This rapid description of chaos surrounded by heavy guitar shredding, a retro-sounding choir and Gambino’s screams is telling of the present time which is so similar to the days gone by. The ambiguity of content throughout recreation of an era is Glover’s eccentric way of telling a personal story that many people can identify with. This album perfectly emulates the sound of the popular ‘70s band Funkadelic with its prominent guitar, bass and vocal makeup. The album sounds straight out of the ‘70s and the lyrical content truly resonates with the instrumental base, making it sound more genuine and raw.
All of these albums have in common the usage of past music to elaborate on many very relevant narratives that relate to self-discovery in some aspect.  To know the history of yourself will always be important both artistically and individually. The repetitive nature of history is often the biggest influencer of art, which influences culture. A wise man once said, “Art is how we decorate space, and music is how we decorate time,” so the similarities and ongoing struggles of today and yesterday are shown through the music that replicates them.