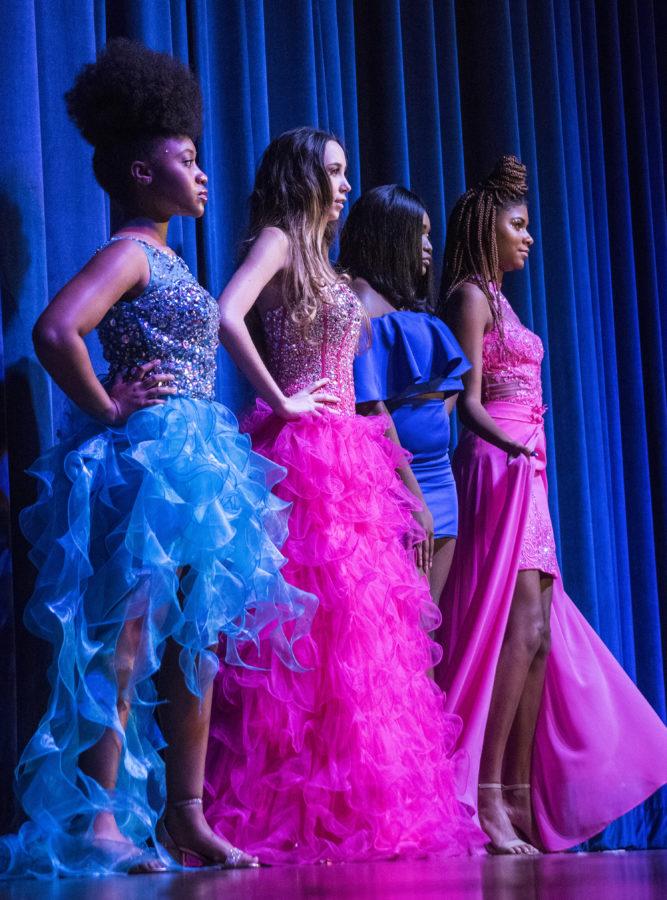 Modista Fashion Group and the Student Organization of Caribbean Alliance collaborated with its Caribana Fashion Show Experience, Saturday Dec. 9.
Founded by Kareem Rogers, S.O.C.A. was started in spring of 2017 after he noticed a lack of support for Caribbean students like himself.
“S.O.C.A. was created on the observation that there wasn’t any type of student organization that brings together Caribbean descendants/natives,” Rogers said. “Or even students who share an interest in the Caribbean culture and traditions.”
For its first event, S.O.C.A. teamed up with Modista Fashion Group, which aims to educate and unite students with interests in fashion. Its president, Laura Lithgow, thought it was a great idea to not only bring awareness to S.O.C.A., but also show Caribbean culture.
Although the show appeared to be effortless, there was a lot of planning, with five rehearsals and one dress rehearsal.
“People underestimate the work that goes into planning a fashion show,” Lithgow said. “We have multiple committees that each handle different aspects. We have about 50 people, probably more, all working to put the show together. It has been stressful because this show is truly going to be an experience.”
And it was.
Upon entry, beautiful girls dressed in Caribbean carnival headdresses handed out programs. Multicolored LED lights danced around the ballroom and crafted the perfect ambiance for the fun-filled fashion show. Popcorn and different flavored snow cones were offered while a steel drum band serenaded the crowd.
Prior to show time, the crowd was anxious to see what Modista and S.O.C.A. had in store and everyone couldn’t wait to see the final product.
“This is my first fashion show and I’m excited,” said Kai Clemons, a freshman psychology major and Pan-African studies minor. “I’m only a freshman, but I’ve heard a lot of good things about Kent’s fashion program, so I’m sure I won’t be let down.”
She wasn’t.
Dressed in bedazzled bustiers and high wasted shorts, Asé Xpressions, a dance group that focuses on African dance movements, opened and closed the show with their energetic Afro-Caribbean routine. Afterwards, 32 models followed their performance, wearing clothes crafted by the designers.
The designers included Kechantra Ward, Valerie Mayen, Whitney Davis, Natalie Brand, Anthony Magee, Aston Vaughn, Dr. Tameka Ellington, India Piñeiro and Deja Jones. Each designer created lively fashions with festive colors, rhinestones and feathers, which honored true tropical and Caribbean style.
Rogers enjoyed planning the show alongside Modsita with the help of the Center for Student Involvement. He appreciated the unity among two organizations and “highly recommends” presenting fashion from other cultures.
“It displays a sense of diversity here at Kent State University,” Rogers said. “It exposes students and broadens the horizon in terms of the different fashion trends globally, which is important.”