Joy: /joi/ Noun – A feeling of Great Pleasure and Happiness 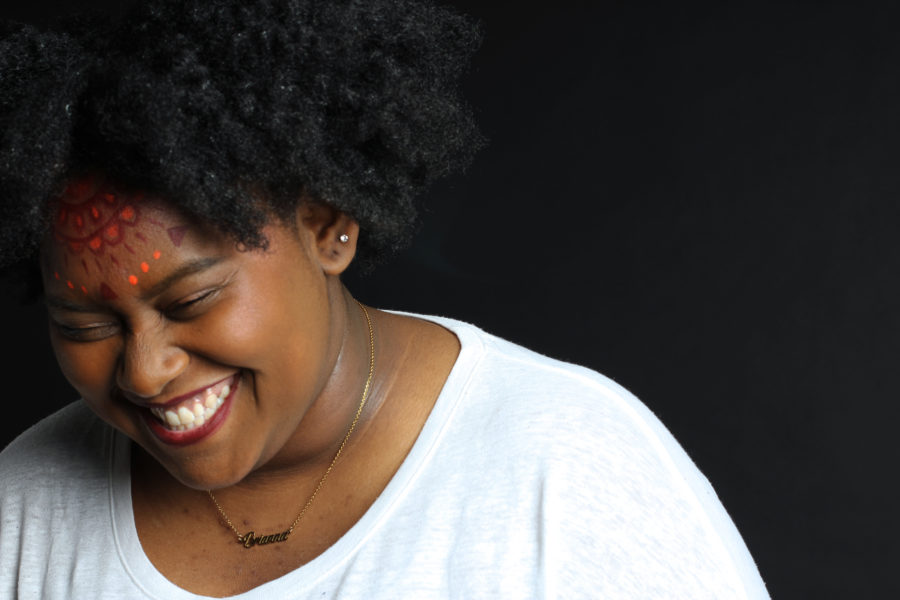 How do you attain joy? How do you know what it is? Can you see it like an object? Or is it something that is radiated off of someone when they walk into a room?  Is it the air that people carry about themselves? Maybe it’s all of these things combined. . . . That’s the thought-provoking thing about the topic of joy. It’s almost like the topic of love. You can have hundreds of different definitions for it, but when you’ve truly experienced it, it is hard to put into words. All people can really do is hope they never lose it, and if they do, somehow find their way back.
Black Joy: /bla-K joi/ verb: The continuous action of remembering to be happy despite what society says makes you different, not good enough or lesser.
This topic, in some eyes, is not new. The slaves found ways to be happy with who they were and where they came from, even in despair. They found Black Joy in their families.  Slaves could not be legally married, so the practice of jumping the broom was brought into black culture. Their marriages were not acknowledged by societal constructs, but they found a way to remember their past while celebrating their own happiness in the face of their horrific circumstances. They created Black Joy in prayer for the generations after them, praying they would see and experience the JOY of true freedom. They found joy in old Negro spirituals, in the big and the small and most importantly, in each other. They set the foundation for what it is to be the happiest we can possibly be, in the face of constant oppression.
As decades pass, Black Joy can be seen everywhere if we look hard enough. In the 1950s, it was in Brown v. Board of Education, the beginning of the end of racially segregated America where black was lesser. It was in the clothes worn at the marches, often Sunday’s best and the firm but peaceful protests in the face of violent backlash. They carried themselves with class and no one could take that away without a fight. Black Joy was found in their moments of wanting to give up but knowing their brothers and sisters were their support. They found their Black Joy in knowing America was going to acknowledge them and their plight.
In the 1960s and 1970s, it was in the Black Liberation Movement. Mindset changes and leaders like Assata Shakur, Herman Bell and Malcolm X, as well as groups like SNCC and the Black Panther Party were refusals to remain second-class citizens. Yes, Black Joy was being happy, but it was also fighting for what they deserved as humans, being stern and unmoved in public, but remembering to celebrate the small and large victories in private.
In the 1980s, 1990s and early 2000s, it was found in the messages left in music, the expressions of feeling in art, the recognition of blacks working in STEM fields and the graffiti left on the walls of old abandoned buildings. The fashion choices that, though questionable looking back now, were elaborate and colorful. It was found in valuing hard work and taking care of one’s family. It was found in black inventions and advancements in technology, even when those accomplishments changed the world, but the black minds behind them went without recognition. It was found in sitting on the stoop and talking about their week with their people while watching kids play around broken fire hydrants on a hot summer day.
Now, in the earliest years of the 21st century, Black Joy is celebrated by being wholly and authentically us, whatever that means, sounds, looks and feels like. It means understanding our history is as much from Kings and Queens of African nations as it is from the atrocities of slavery, segregation and the Jim Crow Era. It’s loving ourselves as naturally as we can when dressed to the nines. It’s embracing our natural hair, skin tones and features. It’s crying #BlackLivesMatter, #SayHerName and #BlackPower. It’s understanding the strength in social media and using it to create things that bring attention to the beauty and excellence radiating from the black community.
Black Joy is creating spaces where we can be comfortable when we aren’t truly welcomed in the first place. It’s found in being Black and Bourgeoisie, embodying Black Excellence, and participating in Black Out Days on all social media outlets. It’s found in the uplifting, supporting and defending of all types of black people. It’s about being a Blerd (Black Nerd) or a member of the Afro-Punk Community. It’s about breaking the stereotypes that black people don’t swim, get their hair wet, travel or attain success. It’s found in comprehending the intersectionality of what it is to be black in America and around the world and not being apologetic for it.
Black Joy is found in being a generation of black people who are proud to be from strong, wise grandparents, but not complacent or accepting of what’s just handed to us, as our ancestors had to be. Black Joy is creating our own destiny by following our dreams and passing that mindset and self-love down to the next generation. It’s keeping and creating peace in times of frustration, confusion and pain. It’s found in knowing how our talents and skills help make the world a better place for black people.
Black Joy is black people knowing that being us isn’t easy, but never wanting to be anything but black. It’s choosing happiness more often than not, even when the weight of the world is on our shoulders and no one’s there to help.
Black Joy is creating a world where we don’t just Exist to Survive, but Survive to Live and are celebrated by all, because of it.