Changing The Perception of Black Hair 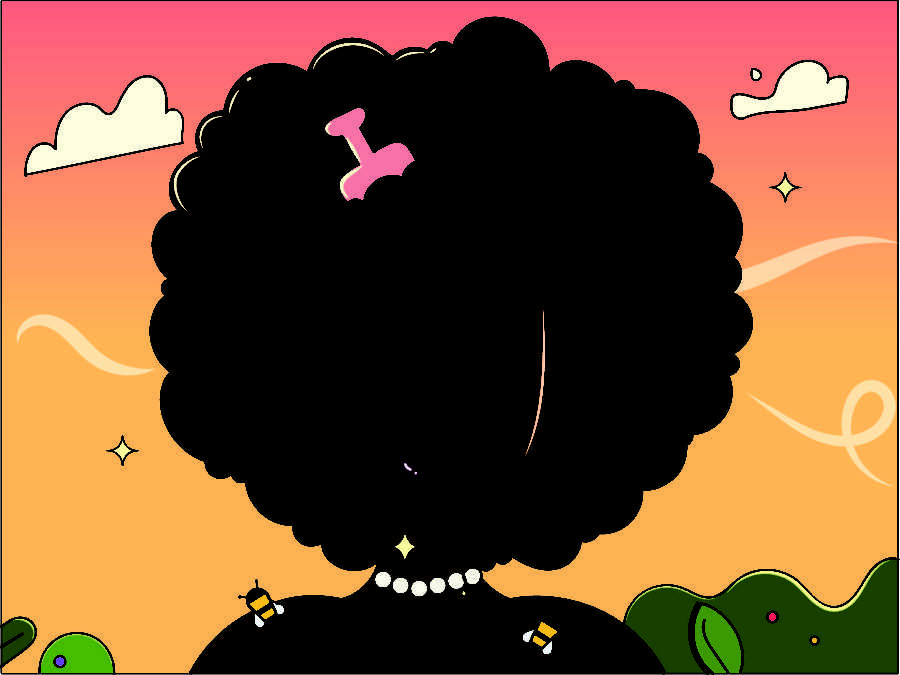 Earlier this year, H&M was criticized for an ad featuring a little black girl in what the Black community called “unruly” or “undone” hair. This sparked conversation about natural hair by causing the Black community to discuss how H&M “misrepresented” Black women and girls by presenting the Black child with her kinks of uniqueness. A Black woman stated that the little girl’s mother should be “ashamed of herself for allowing H&M to show her daughter’s hair in that state.”

When it comes to Black hair, why does the Black community feel the need to determine what is acceptable? What was the point of the #NaturalHairMovement if it was only meant to praise 3C hair and slicked down edges?

The #NaturalHairMovement encourages Black women to proudly wear their natural hair and embrace their kinks and coils.  Natural hair is viewed as being “unkempt” while white women are commended for having long, shiny, bone-straight hair. For years, Black women have had to deal with being told their hair is unprofessional, which forces them to conform to Eurocentric standards, such as getting a relaxer to manipulate their curl pattern or straightening their hair. When it comes to the Black community and natural hair, there’s only a particular type of hair that is accepted because we have been forced to see Eurocentric beauty standards as the default.

Black women receive enough criticism and social stigma because of their natural hair from their white counterparts. We do not need our own people telling us what we should and should not do with the hair that grows out of our heads. It’s important that little Black girls learn to love themselves regardless of what society expects from them.

Black women and girls deal with the stress and judgment they face due to their appearance in public, schools and professional settings.

In 2013, a private Christian school threatened 12-year-old Vanessa VanDyke with expulsion if she did not cut or straighten her afro because it went against school policy and was labeled as a “distraction” to her peers.

Another incident of natural hair discrimination took place at WJTV, a Mississippi news station, where a news anchor, Brittany Noble, was fired for filing a formal complaint about discrimination in the workplace.

In July this year, California Gov. Gavin Newsom and New York Gov. Andrew Cuomo signed the CROWN Act (Create a Respectful and Open Workplace for Natural Hair). The law bans discrimination against black people over their natural hairstyles including locs, cornrows, and braids in workplaces and schools. This law will help Black women not feel pressured to live up to Eurocentric standards of professionalism. The CROWN Act will also eliminate barriers that have kept Black women and girls from being who they are and living their truth.

The only time a Black woman’s natural hair is accepted is if it’s super defined with loose curls if her hair is more “coarse” or her edges are “laid to the Gods,” because her curls must be “poppin’” before she thinks about showing her face in public. It’s important that little Black girls learn to love themselves regardless of what society expects from them.

To those who proudly criticized this young Black girl, who is already going to face adversity for the color of her skin, realize that her hair does not depict who she is as a person. Imagine being a child, witnessing Black adults spew hate because you don’t fit their standards of what natural hair should look like. Black people need to realize that “good hair” is based on how healthy your hair is and not how loose or long your hair should be.