Flashes of DEI Podcast: The History and Legacy of BUS 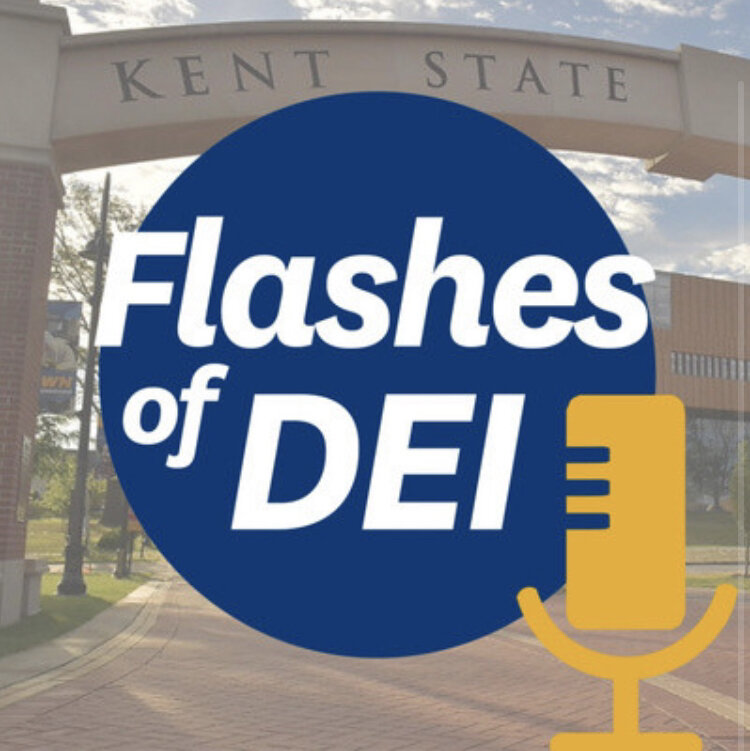 Black United Students (BUS) has advocated for Black students at Kent State for over 50 years. The group built a legacy that has opened doors and broken barriers on campus.

BUS was originally founded in 1967, after two members of The Deacons for Defense and Justice were brought on campus by The Students for Democratic Society (SDS).

The Deacons for Defense and Justice was an armed self-defense group during the 1960s that was organized to protect civil rights activists from the violence of the Ku Klux Klan.

The following year, two recruiters from the Oakland Police Department visited campus. Black students demanded their removal from campus due to the suppression and “militarized racism” against Black citizens in Oakland, California.

In response to the negligence of Black students’ concerns with the presence of Oakland police, 300 students of BUS staged a walkout demanding that Kent implement a Black studies program, a Black cultural center, and more Black faculty and staff on campus.

With this, BUS was born and officially became a student organization.

“Throughout our history, we’ve not tried to destroy Kent State,” said Mwatabu Okantah. “Have we disrupted it from time to time? Yes. But it [has] all been in an effort to make Kent State a better place.”

Okantah was the Vice President of BUS from 1972 to 1973. He is now the Interim Chair of the Department of Africana Studies and is an Associate Professor at Kent State.

The demands of BUS were met and in 1969, Dr. Edward Crosby, an African-American professor, was brought to campus and founded the university’s Department of Africana Studies.

The Department of Africana Studies made it possible for other studies programs to be created and acknowledged. The resilience of BUS made more room and opportunity for not just Black students, but for all students on Kent’s campus.

“I feel like a lot of people would have wished we were complacent,” said Deanna Baccus. Baccus is a computer science major and the current Director of Academic Affairs for BUS. “With not being complacent, there were so many things that were able to happen.”

The group’s determination allowed them to reach milestones that are continuously being built upon.

BUS has proven that student activism holds so much power and can make change happen with dedication and unity. With each generation of BUS, the group evolves every year with dedication of putting students’needs first and making sure their voices are heard.

Listen to the podcast below.